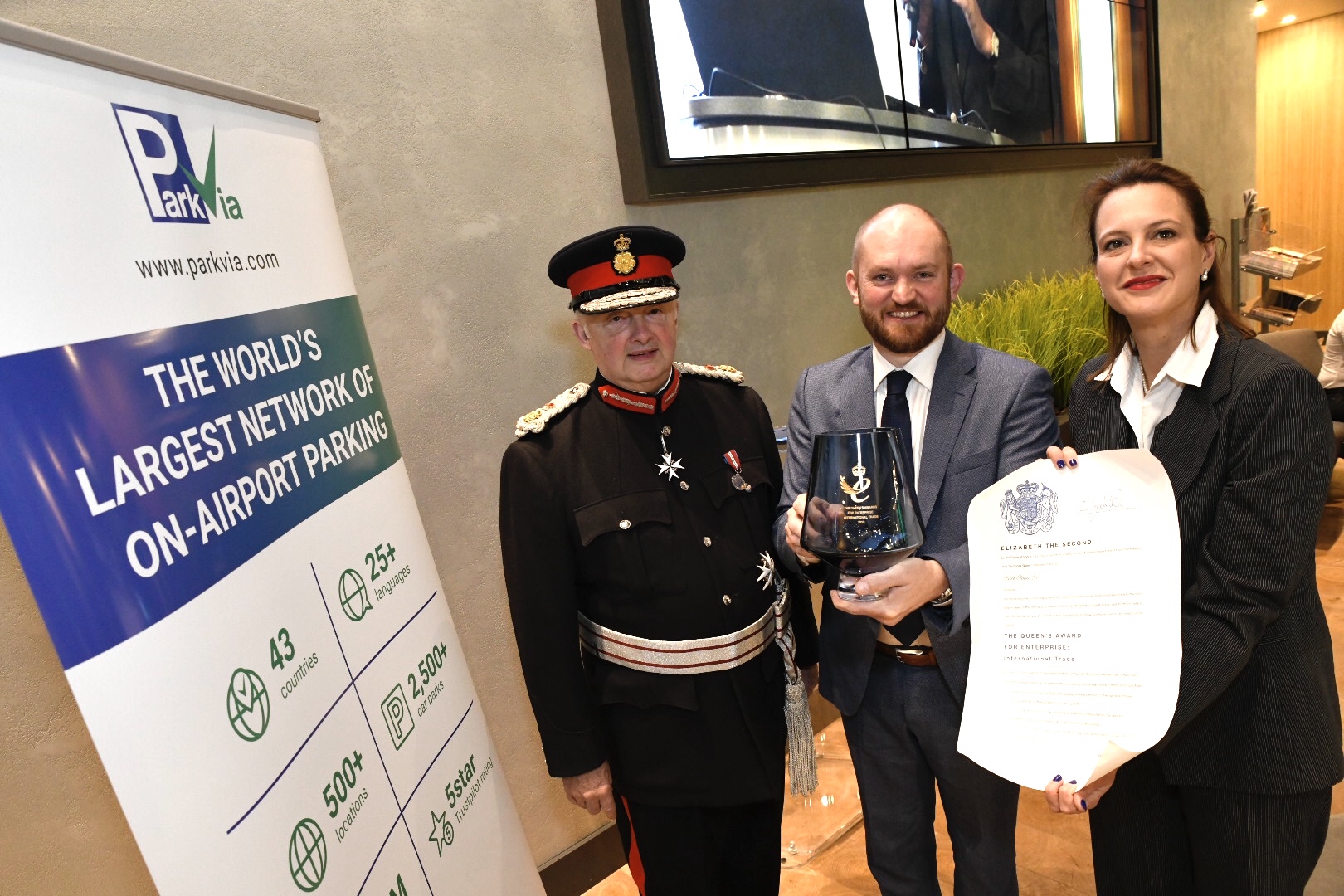 Having previously announced in April that the company had  been awarded its second  prestigious  Queen’s Award for  Enterprise  in the category of  International Trade, this week ParkVia welcomed a very important guest to its head office.

We were visited by Mr Warren Smith JP, Her Majesty’s Lord-Lieutenant of Greater Manchester to receive our official trophy and celebrate this prestigious occasion collectively as a team.

The Lord-Lieutenant is The Queen’s personal representative, so the team turned out in their finest attire to greet him and watch the official presentation to Managing Director, Mark Pegler. In his address, the Lord-Lieutenant noted praised the team for its commitment in achieving outstanding continuous growth in global sales over the last six years.

This was a particularly proud moment for Mark and our team as it’s ParkVia’s second prestigious Queen’s Award for Enterprise, having secured its inaugural award in 2014.

A huge thank you to each and every member of our hard-working team and long may the success continue!