Free Cancellations  Book now, cancel later. Over 90% of car parks can be cancelled for free 24 hours before arrival. 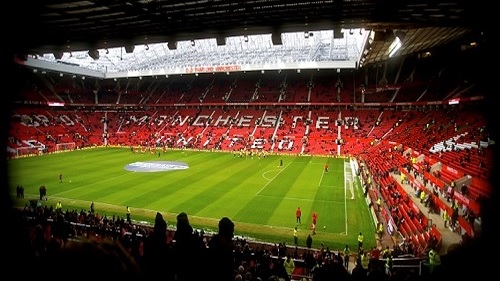 Did you know that ParkVia is based in Manchester - home of great shopping, culture and two world class football teams?

How would you and a few friends like to enjoy the drama of the beautiful game right here in Manchester - the home of football, and the home of ParkVia? Well, now you can, as we are giving away not 1 but 3 FREE SETS OF 3 TICKETS to see your favourite star players at Old Trafford Stadium.

Tickets up for grabs include:

You and your party will enjoy EXECUTIVE CLUB MEMBERSHIP for the day, which means some of the best seats in the house from the West Stand and access to the INTERNATIONAL SUITE, the perfect place to make the most of your match day experience. Here you can sample the finest cuisine from an accomplished head chef*, all whilst enjoying the cabinet encased club honours, plasma screen TVs and four fully-stocked bars. You'll also receive a souvenir match programme as a keepsake from the day.

One lucky winner will be selected at random for 3 tickets to see Manchester United play Leicester on 31st January 2015. We'll be giving away tickets for the games against Burnley and Sunderland in the coming weeks, so keep an eye out on our social media for further competition announcements.

And the prize giving doesn't stop there. We'll also be selecting one lucky runner up who will receive an official Manchester United T-shirt**. So - you know what you have to do - get LIKING and get SHARING, and best of luck!

For further information on how to enter and competition rules visit our Facebook page.