Tenerife South on ParkVia provides you with an opportunity to pre-book a parking space in a low-cost car park located next to the airport in the south of Tenerife.

Making a reservation for Tenerife South airport parking is very straightforward; simply select the dates and times when you require the service, making sure that you select the correct departure airport.

Once a reservation has been made, you will receive an email with your booking reference number, the car park address, GPS co-ordinates and telephone numbers.

Reserve your parking space for Tenerife South airport and save yourself the hassle of having to look for a cheap place to park which also serves the airport.

Staff at Tenerife Sur airport information office were not helpful and said that there was not a long stay parking at the airport.After 3 visits we finally found the location

Very easy after. I would definitely use on our next trip.

The staff is very friendly and helpful. I parked my car twice already and will definitely do so again. Thank you!

GREAT SERVICE,COST MORE FOR THE TAXI TO AEROPUERTO,WILL USE AGAIN THANKS. 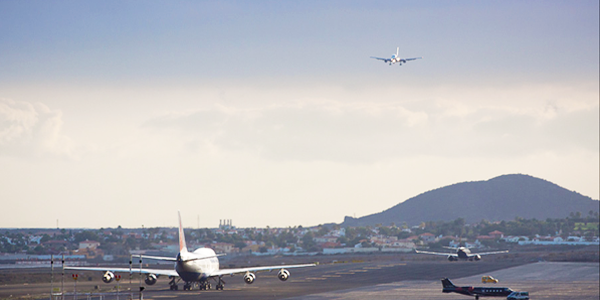 Tenerife South Airport or Reina Sofia International Airport, is identified by its IATA code as TFS. The airport lies between the municipal communities of Granadilla de Abo-na and San Miguel, and just 60 km from the island's capital.

It was built because of fluctuating and inclement weather patterns that interfere with the creation of suitable flying conditions at Tenerife Norte airport. The construction programme began in 1970, and throughout 1976 new phases in the construction, were implemented one after another.

Following a disastrous accident at Tenerife Norte airport, fresh impetus boosted construction of the new airport and it was officially opened in 1978, with her Majesty Queen Sofia travelling on the inaugural flight.

Today the airport links the island to hundreds of mostly international destinations.