Technology Entrepreneur of the Year award goes to ParkCloud MD 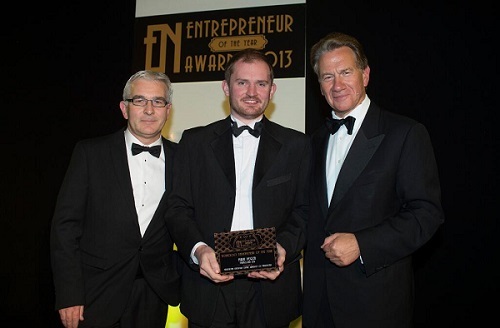 Technology Entrepreneur of the Year award goes to ParkCloud MD

Pegler was chosen from a group of six finalists from the UK’s North West by a judging panel that included former Dragon’s Den panellist Rachel Elnaugh, and last year’s Entrepreneur of the Year Mark Bigley. The criteria for the Technology award stated that, ‘…turning the light and heat of invention into a profitable and enduring business is another matter altogether. This category honours an entrepreneur who has managed to do just that’, and ParkCloud was therefore thrilled to be honoured with the award and the recognition of the company’s continuing success.

The awards ceremony, held at The Mere Golf Resort in Cheshire and hosted by TV presenter Sian Lloyd, was attended by more than 500 business leaders, including those nominated for each of the 12 award categories. The sell-out event was a celebration of business advancement made in the past year in the region.

According to organisers EN Magazine, a record number of applications were received for this year’s awards, and the calibre of entrants reached new levels. Overall, the event cast a much appreciated positive light on business regionally, and hinted at better things still to come as British business continues to flourish.

Sponsored by the University of Manchester’s Business School, the Technology Entrepreneur award was co-presented by Dr. Martin Henery from the University and the Right Honourable Michael Portillo, both pictured with Mark Pegler.

ParkCloud wishes to congratulate all the award winners from the evening, and to thank EN for organising the event. The company plans to continue the business development and technological advancement that led them to win this year’s award throughout 2014, and hopes to be involved with the event again in the future.

Read more about the awards ceremony and the winners of each category at the EN magazine website.