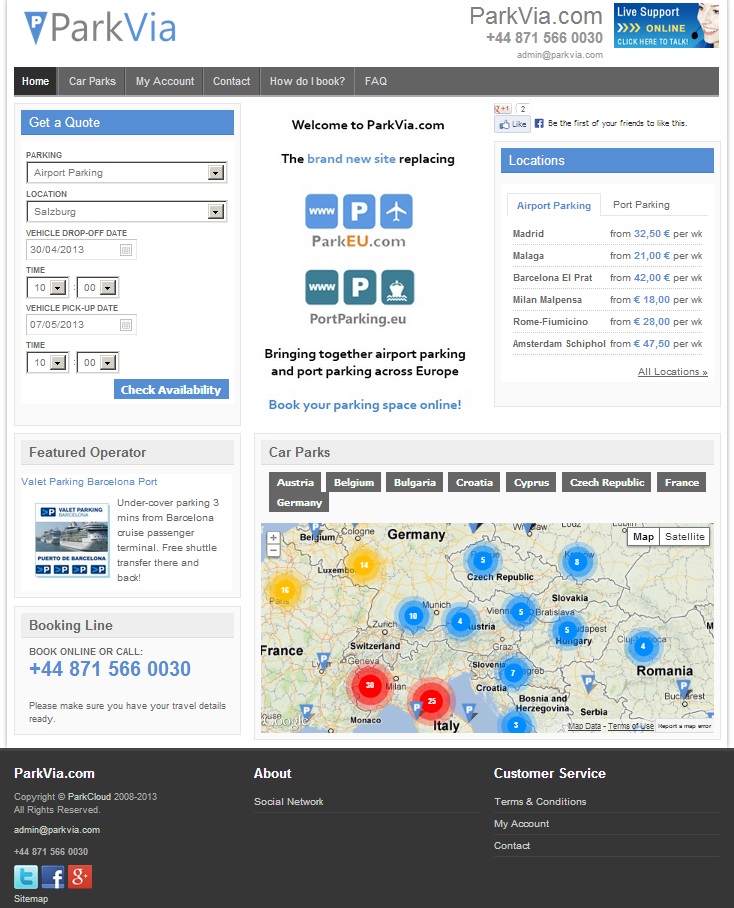 Whilst ParkCloud’s range of services has expanded over the past few years, ParkCloud remains a provider of parking reservations, and this aspect of the business has been central to the recent company expansion.

ParkCloud Core, the network of websites that is at the heart of ParkCloud’s strategy, has gone from strength to strength, achieving some 9 million unique visitors in the last year. The same period in 2012 yielded just over 5 million: double figures are predicted for 2014. The number of markets covered is further illustration of ParkCloud’s growth: from eleven in July 2012 to 34 today.

This rapid development has been in response to demand, as well as ParkCloud’s mission to provide the most comprehensive parking reservation service available. This effort has been rewarded with increased traffic and bookings across the network, as well as increased presence in the industry for ParkCloud.

The success of the network has encouraged ParkCloud to look beyond Europe; with already established markets in Brazil and South Africa, further expansion into new continents is planned.

What this means for the customer searching for a parking space is more trust in ParkVia, the consumer-facing brand used across the ParkCloud Core network, hopefully propelling ParkVia to household name status within a few years.