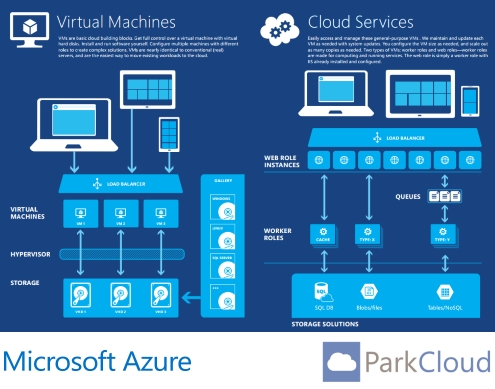 ParkCloud, as the name suggests, has long been a cloud computing devotee. The scale and speed of ParkCloud's growth has required a consistent increase in its server infrastructure, and this has culminated in a major upgrade to its platform, in the form of a move to Microsoft's Azure cloud service.

ParkCloud can now boast active geo-redundancy for its entire suite of websites and software: all transactions are continuously replicated to different servers, physically located at least 400 kilometres from one another, to ensure virtually zero downtime in case of a major disaster in a region.

High availability is a critical consideration for ParkCloud, with Azure's service level agreements delivering 99.99% availability for its database service. Performance and scalability too are key, which the premium tiers of Azure address with predictability and a simple, rules-based up-scale facility, such that additional capacity can be automatically put in place within seconds of a busy transaction period, or an increase over time.

In terms of hosting websites, ParkCloud can deploy to different regions, to ensure that, for example, customers in North America can access its services with minimal latency, compared to having to access servers physically located in the EU. Crucially, the Azure platform has been validated as fully PCI DSS compliant, and has also been ISO certified.

Since the move to Azure, ParkCloud has been able to react to demand more quickly, deploying updates with greater ease, reducing its time-to-market. Moreover, it has seen a much improved level of service and reliability, and simplified management.