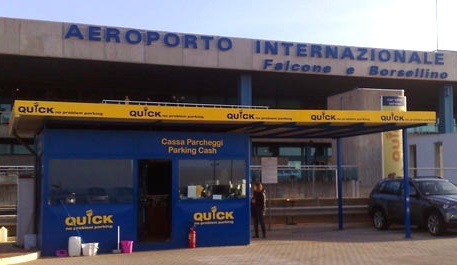 Following the launch of Bergamo airport on ParkCloud’s network earlier this week, passengers travelling from Palermo Airport will, from today, be able to book their parking via ParkCloud. 300 open-air spaces on-site at the Sicilian capital’s airport are now available online.

ParkCloud began collaboration with Quick No Problem Parking in 2013, which manages car parks in cities, airports and shopping centres. Initially marketing Quick Parking’s facilities at the train stations of Naples and Mantova, ParkCloud has furthered its partnership with the Italian company in a new market.

Situated just north of the city of Palermo, Falcone-Borsellino airport saw over 4.3 million passengers in 2013, with scheduled flights operated by a mix of low cost and full service carriers, to more than 60 destinations worldwide.

ParkCloud’s association with Quick Parking will continue to develop throughout the next 12 months as its locations across Italy are made available to ParkCloud’s network.