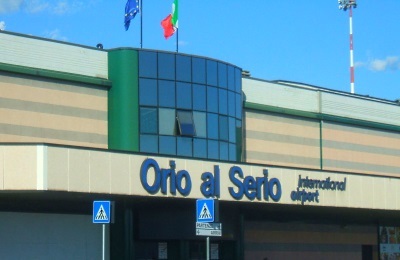 Bergamo/Orio al Serio has become the latest airport to work with ParkCloud. A total of 5,000 parking spaces, including both the “terminal” and “low cost” parking areas on the airport property, are now available to book online via ParkCloud.

Orio al Serio’s location in the north of Italy places it just over an hour’s drive from the Swiss border, as well as within easy reach of travellers from Austria and Slovenia. To reach as high a demographic as possible, the airport’s services are cross-marketed by ParkCloud in English, German and Slovenian, alongside a listing in the airport’s native Italian.

Besides being promoted through ParkCloud’s own websites, Bergamo’s parking facilities will be available to book via airlines including Wizz Air and Blue Air, with whom ParkCloud is exclusively contracted for parking reservations. Bergamo is often marketed by airlines using the prefix “Milan”, as in fact the Lombard capital lies approximately equidistant between Orio al Serio and the main Malpensa airport.

Results of the new partnership were immediately seen as bookings were made within hours of activation across ParkCloud’s websites. ParkCloud’s network of car parks comprises more than 500 providers in a multitude of countries worldwide, incorporating airports, ports, train stations and city centres. Customers can easily search, compare and book parking spaces online in advance, and the addition of the facilities offered by Bergamo Airport will be a boon for consumers when making travel arrangements.