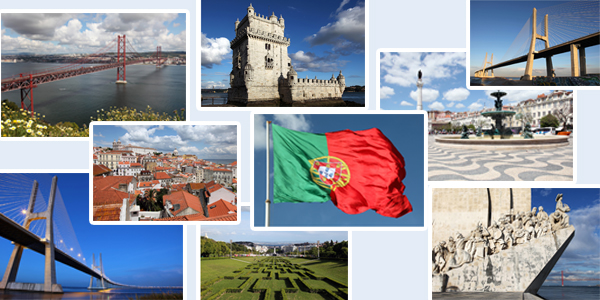 As the largest and most important city of Portugal, Lisbon is one of the oldest cities in the world and the oldest city in Western Europe. It is also recognized as a global city because of its importance in finance, commerce, media, entertainment, arts, international trade, education and tourism. It is one of the major economic centres on the continent, with a growing financial sector and one of the largest container ports on Europe's Atlantic coast.

In addition to the main transport being the Lisbon Metro, Bus, funicular and tram services supplied by Carris every day come in Lisbon about half a million cars, from the peripheral municipalities. Located at 38°42′49.75″N 9°8′21.79″W, situated at the mouth of the Tagus River, maximum altitude in the Sierra de Monsanto (226 meters), Lisbon is the westernmost capital of Europe. It is located west of Portugal in the Atlantic Ocean.

The location was very easy to find,just a short taxi ride to our apartment. Victor was a real pleasure to deal with and the rate was very reasonable. I would definitely recommend to fellow travelers.

We know the difficulty of finding parking in Lisbon at affordable prices, so ParkVia made a selection of parks in the Lisbon city center to help you choose the best place to park your vehicle.

The address and telephone number for the park, you will receive via e-mail indicated on the booking form.