Park up for a chat with ParkCloud's...Nathaniel 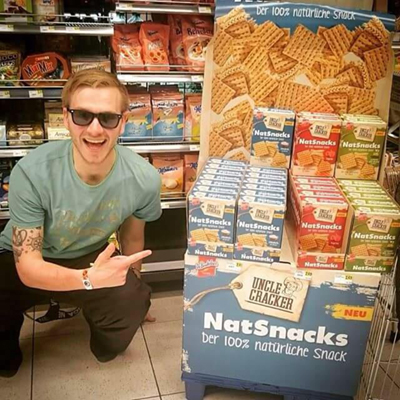 Park up for a chat with ParkCloud's...Nathaniel

I am one of ParkCloud’s Front End Developers and my primary responsibility is to ensure that the website looks nice and is that everything that should works, works. On top of that I build new features for the site and build microsites for the various partner brands that we work with

2.    Tell us your favourite things about ParkCloud in just three words

3.    If you hadn’t gone down your chosen career path, what would be your ideal job role?

4.    How many countries have you visited & where’s next on the list?

So far I’ve managed to make it to 10 countries, soon to be 11 when I jet off to Canada for a week for my birthday

I can’t believe I’m saying this but probably Oslo, Norway. It’s an absolutely gorgeous city with amazing architecture and you can have such a varied day from going to bars in the centre, to walking around the old buildings or going to the museums - which are literally a 10 minute bus ride away. The only downside really is it’s so expensive!

Being able to move at super speed like the flash; I’m terrible at waking up the morning, or just being on time generally for engagements, so the thought of being able to wake up at 8:59am and still get to work on time is bliss

7.    Tell us something not a lot of people know about you?

8.    Who would you want to play you in the film biopic of your life?

Very, very, very much a night owl. I require 3 alarms and a whining cat to get me out of bed in the morning. My housemates have learnt not to try and start a conversation with me pre coffee number 2 or 11am - whichever is later

That’s a difficult one, I think I’d go back in time as I’ve got a fascination with certain historical figures and events that I would love to see, and going back with the knowledge we have now - imagine how much use that could come in!

11.  What three items would you take with you on a deserted island?

As much tea as possible, a kiteboard and some way of catching food

If I’m in work, coffee, but at home it tends to be Yorkshire Tea for a proper brew

14.  What film could you watch over and over again?

Batman Begins. Batman used to be (still is actually) my favourite hero, and the start of the Christopher Nolan series of Batman films was so well created, after a series of blunders from the 90’s